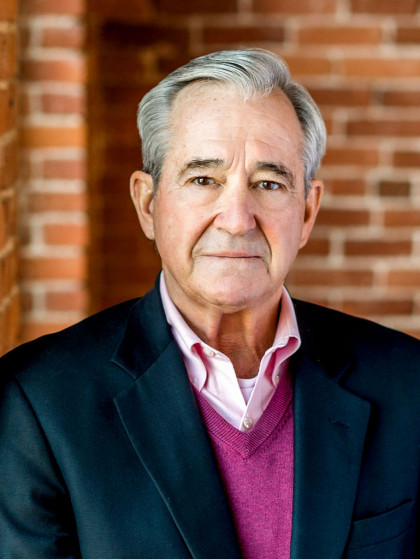 John P. Stabile, II, is a resident of Nashua. He is the founder and Chairman of the Stabile Companies, a real estate-related holding company involved in commercial construction, residential construction, real estate management and holdings. He also owned the Nashua Pride baseball team. John was a founder, director and shareholder of The Nashua Bank and has been elected to serve as Chairman of The CBTBE Corporation.

John graduated from Bridgeton (Maine) Academy in 1965 and Norwich University in 1969. Following graduation, he was commissioned a second Lieutenant in the US Army Infantry and began his active duty assignment with the infantry as a jungle training officer, served two years, and rose to the rank of First Lieutenant.

He is a past trustee of Bridgeton Academy, Norwich University, Hesser College and Rivier University. He is a former three-term senator in the New Hampshire Senate, and also served two terms as the Senate Majority Leader under Governor John H. Sununu. He is an incorporator of Southern New Hampshire Regional Medical Center as well as Optima Health and the New Hampshire Charitable Foundation. John has been recognized for his community involvement and philanthropy, most recently as the 2015 Greater Nashua Chamber of Commerce Citizen of the Year. John resides in Nashua with his wife Ginny and has two children, John III (Jake) and Ryan.